Eleven stories and one language. We have chosen and told them through our graphics.

Each StorytellingX will reveal the background of really special anecdotes, perhaps little known but extremely fascinating.

Have fun discovering them!

#Storytelling 1: The origin of the song “Smoke on The Water” 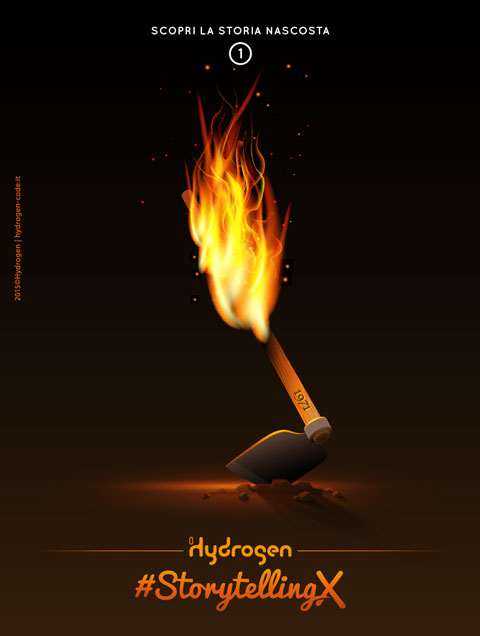 While Zappa was performing at the casino in Montreux, a spectator fired a signaling razor inside the room, causing a fire that burned him completely, fortunately without causing any casualties. Deep Purple was there to record Machine Head, their most successful album, and the event gave him the inspiration for the song that then entered the history of rock: Smoke on The Water.

#Storytelling 2: The hidden copies of E.T. 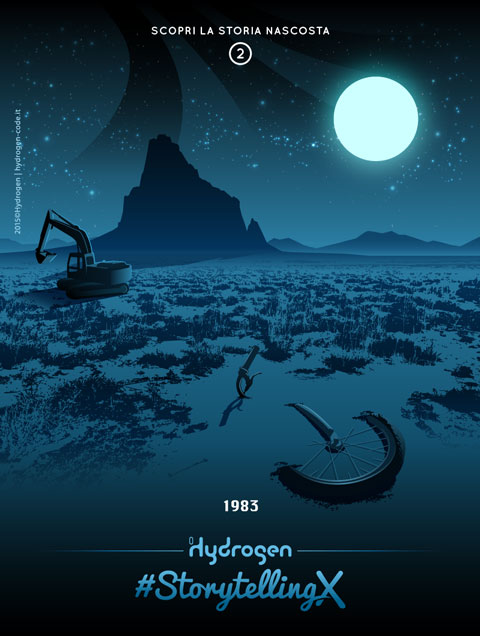 The story to which we refer is the burial of the copies of the videogame E.T. for Atari 2600. The game, released in 1982, made a resounding flop, so much so that Atari decided to get rid of the huge amount of unsold cartridges – we talk about 700,000 – in the most absurd way: burying them in the New Mexico desert.
For years it was thought of one of the many urban legends but in 2014 Microsoft and Fuel Industries – engaged in the creation of the documentary Atari: Game Over – decided to go to check, showing the world that the burial was a fact and recovering about 1,300 cartridges , a part of which was sold at auction to finance a memorial museum of the event.

#Storytelling 3: The origin of the word SPAM 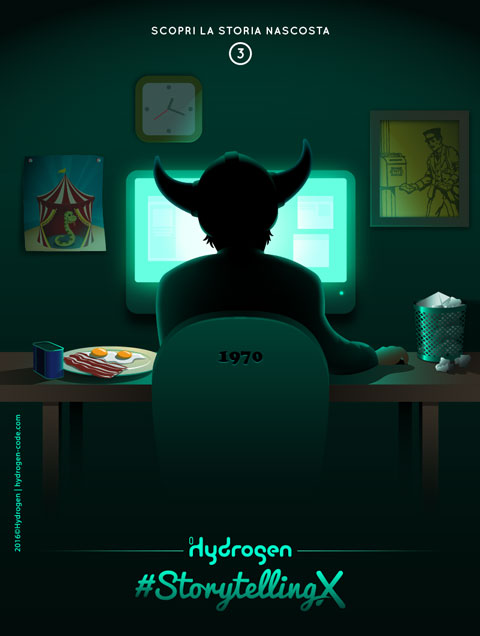 Our infographics “tells” the origin of the word Spam. Each of us has heard about it and lives it every day in e-mails, on social networks and, why not, even in real life. However, let us now see in detail what it is. Spam is a well-known brand of canned meat in the UK, the equivalent of our Simmenthal. What does food have to do with annoying unsolicited email? This is revealed by a funny and surreal sketch of Monty Python, aired in 1970. The protagonists are a couple of English people who enter a restaurant frequented by a group of noisy Vikings. The menu starred by the waitress provides the Spam as an ingredient of each dish, inevitably. Let’s talk about bacon and Spam courses; eggs and spam; eggs, ham and Spam. But also Spam, sausages, bacon and Spam. Spam, Spam and eggs and Spam. In short … Spam Spam Spam.

#Storytelling 4: The discovery of cosmic radiation 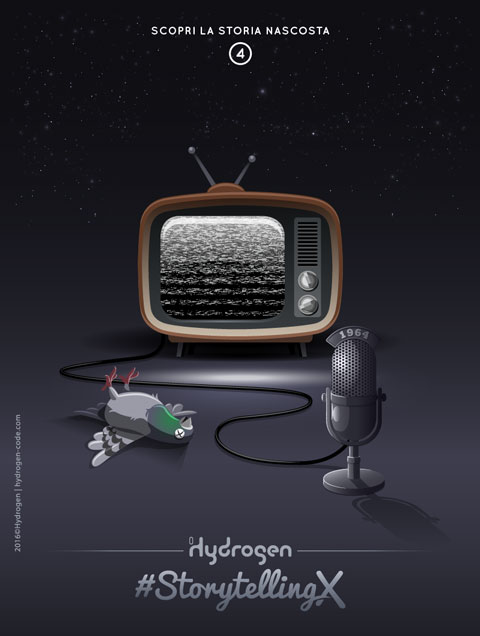 In 1964 two young researchers, Arno Penzias and Robert Wilson, persuaded Bell to lend them the Holmdel Horn Antenna, a large antenna they wanted to use for their experiments. Once turned on, the two researchers came across an annoying background noise that they could not eliminate, not even changing the orientation. Penzias and Wilson assumed that the cause of this interference was the pigeon dejections that disturbed the signal and patiently cleared the instrument. Even once cleaned up and hunted the inhabitants (legend has it that the two pigeons, once captured, have been turned into a good meal) but you could not clean up the signal. After further experiments and research the two realized that those interferences could not be eliminated in any way: it was the cosmic background radiation, practically the remnants of the electromagnetic radiation generated by the Big Bang that still permeates the universe.
To be clear, it is the one that causes the snow effect of a television tuned to a channel. 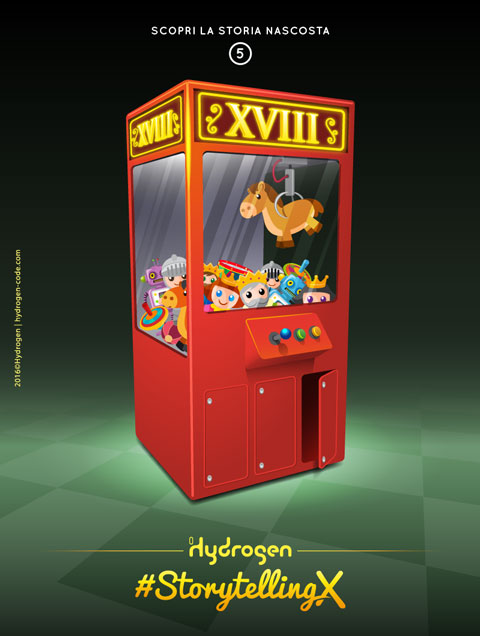 The image is dedicated to the Turk, an automaton created in 1769 by Wolfgang von Kempelen. Spied for “robot” able to play chess, in reality it was a well-crafted scam: inside the machine hid a short man who, thanks to an ingenious system of magnets, knew the arrangement of the pieces on the chessboard and acted accordingly. For years, Il Turco was taken around the world, from Europe to the United States, challenging various chess masters and even famous people like Napoleon Bonaparte and Benjamin Frankling, both defeated. During the exhibitions in the United States also the well-known writer Edgar Allan Poe had the opportunity to see the automaton and wrote the book “The chess player of Maelzel”, in which he tried to give an explanation to the trick. The original was destroyed in a fire in 1854 and as a result today it is possible to find only copies made later of this “automa”.

#Storytelling 6: What Blade Runner and Shining have in common 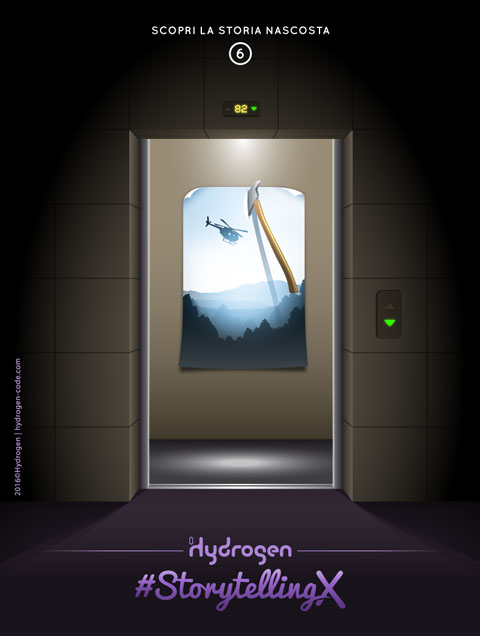 What story does the image tell? The two films, Shining and Blade Runner, share a peculiarity: the finale of Ridley Scott’s science fiction masterpiece was made by taking some sequences discarded by Kubrick for the initial stages of Shining. When Ridley Scott finished the film, the production was not satisfied with the final chosen by the director and forced him to change it. The budget was now over and Scott asked for help to his friend Kubrick who allowed him to use some of the shots of Shining, asking only to shoot unprecedented and not material that had already exploited. 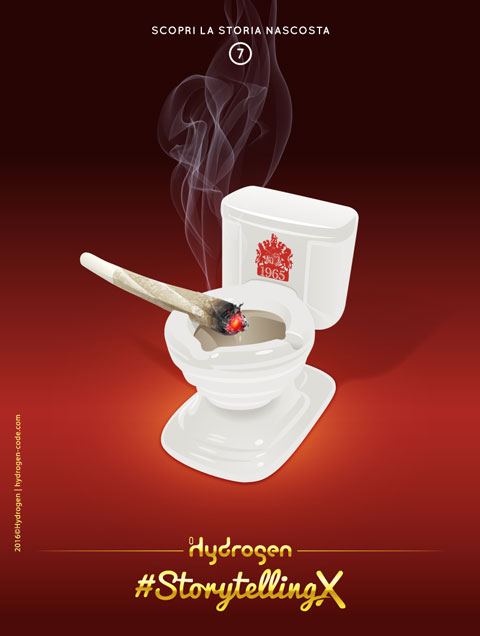 The Beatles were received by the Queen to be named Baronetti, occasiona during which they took advantage to smoke forbidden substances in the Baths of Buckingham Palace. This, at least, to hear John Lennon. In the following years, however, both George Harrison and Paul McCartney denied the news.
And Ringo who says? He does not remember.

#Storytelling 8: The theft of the century 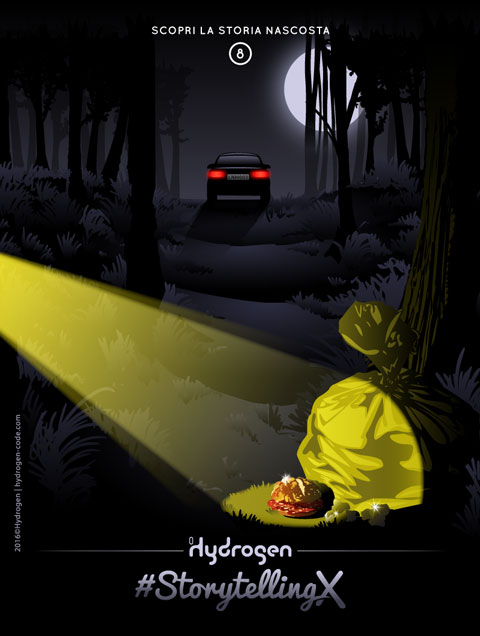 The reference is to the theft of the century carried out in 2009 in what was believed to be one of the safest vaults in the world, in Antwerp. The leaders were a group of young Lupins called “the School of Turin” and led by Leonardo Notarbartolo. Years of patient study and work that have led to steal – without using weapons or violence – a loot estimated between 100 and 200 million in diamonds and other precious. A shot almost perfect, ruined by a smangiucchiato sandwich thanks to which the investigators have managed to frame the authors. A story that seems to have come straight out of a movie.

#Storytelling 9: The secret of villa Diodati 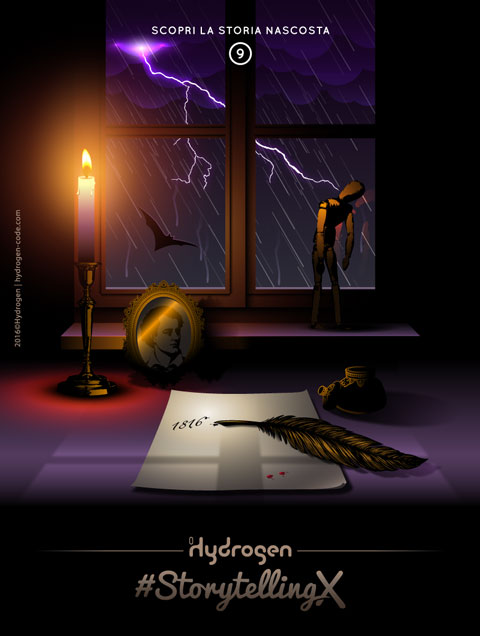 May 1816: Mary Shelley’s half-sister Claire Clairmont, who became Lord Byron’s mistress, persuades the Shelley spouses to follow her in Geneva. The rainy weather (the year without summer) often borders the residents of Villa Diodati and they occupy their free time by reading German ghost stories, translated into French and collected in the Fantasmagorian anthology. Byron then proposes to compose a story of ghosts themselves: they all begin to write, but Mary did not immediately get inspired.
From these gloomy nights the foundations of Gothic literature were born. The New Prometheus by Mary Shelley, who later became Frankenstein, and The Vampyre by Polidori, the first story about vampires, before the famous Dracula. 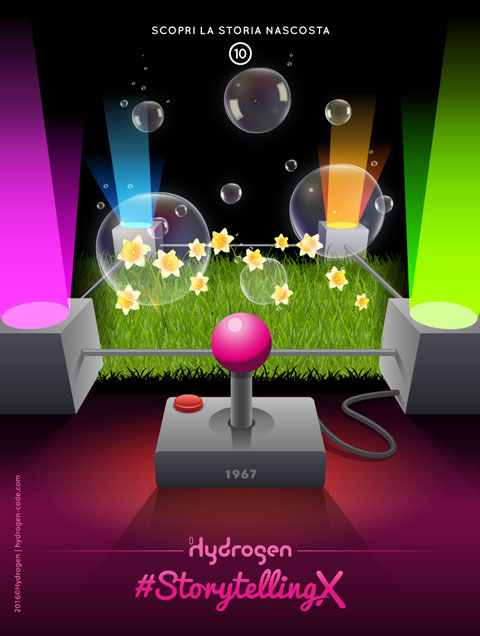 The image refers to the Games of May concert, by Pink Floyd, held on May 12, 1967 in the Queen Elizabeth Hall. The lineup included the group’s first singles and parts of their first album, The Piper At The Gates of Dawn, still unpublished. The peculiarity of this event was for the first time experienced with a quadraphonic system – the ancestor of the surround. Through a joystick, the musicians could decide the origin of the sound, simulating effects that came from the audience’s backs. Towards the end of the exhibition were also produced some “soap bubbles” that inexorably stained the armchairs of the theater: after that performance, the Pink Floyd were no longer welcome in that music room.

#Storytelling 11: Tootoom and the Babel of languages 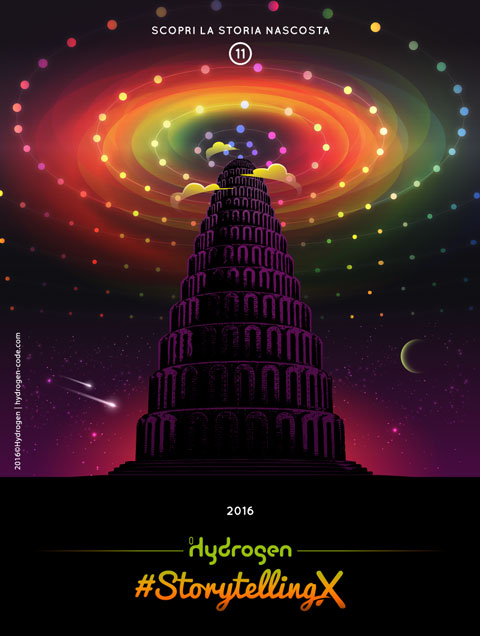